This article discusses the impact of COVID-19 on the foreign workers’ mental health. Mental health is an often-neglected aspect of well-being, but affects the individual greatly, especially for foreign workers who are separated from their family. Malaysia’s Ministry of Human Resource Labour Department has been conducting surprise inspections on foreign workers’ dormitories while NGOs such as Tenaganita have been consistently raising labour rights violation issues and holding outreach programmes. Activist Andy Hall has been photographing the dormitories and has brought up pertinent concerns such as COVID-19 clusters among foreign workers.

In the beginning of March 2020, Malaysia was badly hit by the COVID-19 pandemic. There were around 2,000 new cases daily and by 18 March 2020, Malaysia announced a 2-week nationwide lockdown. This meant that only essential services such as the healthcare sector were able to run and all other “non-essential” activities were put on hold. Many were affected, but one of the most severely affected groups would arguably be the foreign workers. The pandemic noticeably deteriorated their mental health and wellbeing by exacerbating several problems in Malaysia. This deterioration in their mental health has spillover effects on Malaysia’s economy.

Foreign workers in Malaysia who typically come from Indonesia, Nepal, and Bangladesh live in designated dormitories provided by their employers. Unfortunately, in order to save costs, most if not all of these dormitories are severely overcrowded. This meant that safe physical distancing throughout the pandemic was virtually impossible, with about 30 workers staying in one room.

This is why so many COVID-19 clusters have originated from the dormitories. An example of this would be on 2 May, when a new cluster of 28 infections was reported among migrant workers in a construction site. Furthermore, the Movement Control Order (MCO) forced workers to remain in these uncomfortable living spaces for a long period of time, worsening anxiety and depression from “cabin fever”.

Even those working in “essential” jobs faced other problems including major labour rights violations, which worsened their mental wellbeing. Companies responsible for the manufacturing of rubber gloves, an important good to maintain hygiene standards during the pandemic, did not enforce social distancing measures, overworked the foreign workers, and performed several other actions in violation of the workers’ rights. These illustrate that the majority, if not all foreign workers, suffered some sort of loss regardless of their job.

Those who relied on daily wages suffered even more, as they had little to no savings to begin with. They eventually had to rely on food aid distributed by the government and civil society organizations as they could not afford it themselves.

With the general uncertainty regarding the future, with little to income, and being mistreated by their employers, these workers can be pushed to suicide under extreme circumstances. During the COVID-19 period, over 40 foreign workers committed suicide due to financial difficulties. One example would be a Pakistani man called Shahzad Ahmed, whose employer did not pay him for 5 months as the company was not earning enough money.

On top of the exacerbating financial issues and poor living conditions, the COVID-19 pandemic has also worsened social tensions. With general unhappiness and anxiety amongst Malaysians, the “Us vs Them” mentality is bound to happen. It is much easier for people to blame a foreigner for the problems occurring around them, even if it seems illogical. This is because it greatly simplifies complex issues such as the spread of the COVID-19 virus, when in fact it is difficult to disentangle and pinpoint exactly how these clusters started.

In April, there was a new cluster at the Selayang wholesale market, which happens to be an area where many migrant workers work. Many locals expressed their discontent with the foreign workers, blaming them for spreading the virus and not following MCO rules. However, it is not factually accurate to blame migrant workers completely, as it only takes one infected person passing through the market to pass on the virus and create a cluster. The COVID-19 virus is extremely infectious, and it is unreasonable to blame migrant workers entirely for its proliferation.

However, even though the worsening xenophobia was triggered by the psychological impact of the COVID-19 pandemic, it also reveals much about the underlying tension and anger between the locals and foreign workers that existed even before the pandemic. This becomes an even bigger problem when the government starts adopting discriminatory policies against foreigners, which is what happened. A Malaysian senior minister announced that foreign missions from workers’ home countries were responsible for providing aid to these workers and not the Malaysian government. Even though some food supplies and other forms of aid were given to the migrant workers, they were extremely limited.

Larger effects on the economy

While it may not seem like the mental health of foreign workers and resulting tensions should be something of concern to locals, it actually plays a big role in Malaysia’s economy and progress. Malaysia is home to around 2 million migrant workers, which contributes to 15% of Malaysia’s workforce (only including those who are documented). There are around 2 to 4 million undocumented workers. Furthermore, many key industries like the agricultural industry are heavily dependent on foreign labour. 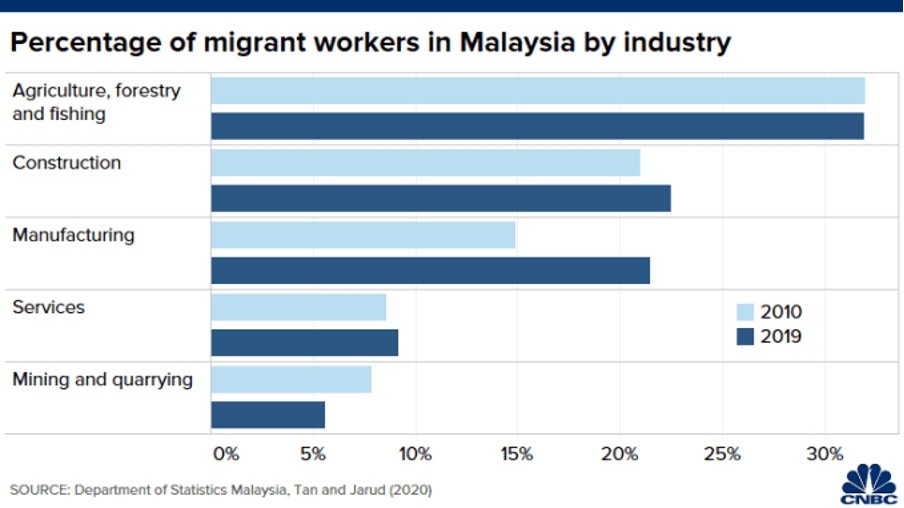 These jobs are considered “low-skilled” labour, which Malaysian locals are often unwilling to take up. Tan, a co-author of the report on the economic case against marginalising migrant workers in Malaysia published on the LSE Southeast Asia Blog, said that “local and migrant workers are not perfect substitutes”. Thus, the discriminatory policy of freezing foreign workers employment will not just harm the foreign workers, but it does not necessarily help locals get a job. It will simply damage the economy even more.

Studies have also shown that the mistreatment of foreign workers impacting their mental health and well-being, will strengthen their intentions to return to their country of origin or migrate to the parental home country. This implies that migrant workers will have less incentive to work harder and contribute in their current host country given these circumstances. Hence, it benefits everyone, including locals and foreign workers, to welcome migrant workers and help them integrate with Malaysians.

The COVID-19 virus does not discriminate

The pandemic has worsened the mental health and wellbeing of many foreign workers, and this does not affect only them, but the country as a whole. The virus clearly does not discriminate and affects everyone, regardless of race, language, gender, or religion. It just goes to show that governments should reach out holistically to get through this pandemic. 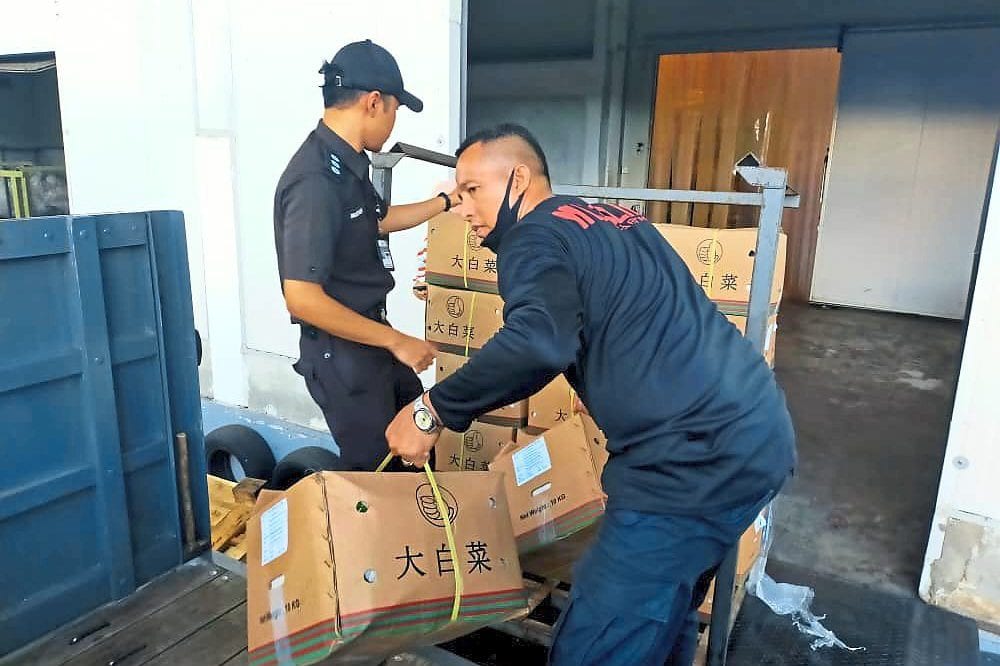 Hungry zoo animals became beneficiaries of agriculture produce that were about to be destroyed... 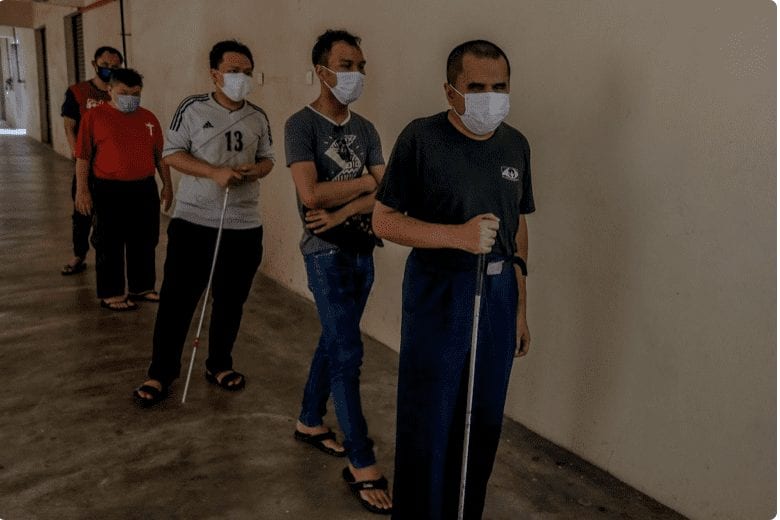 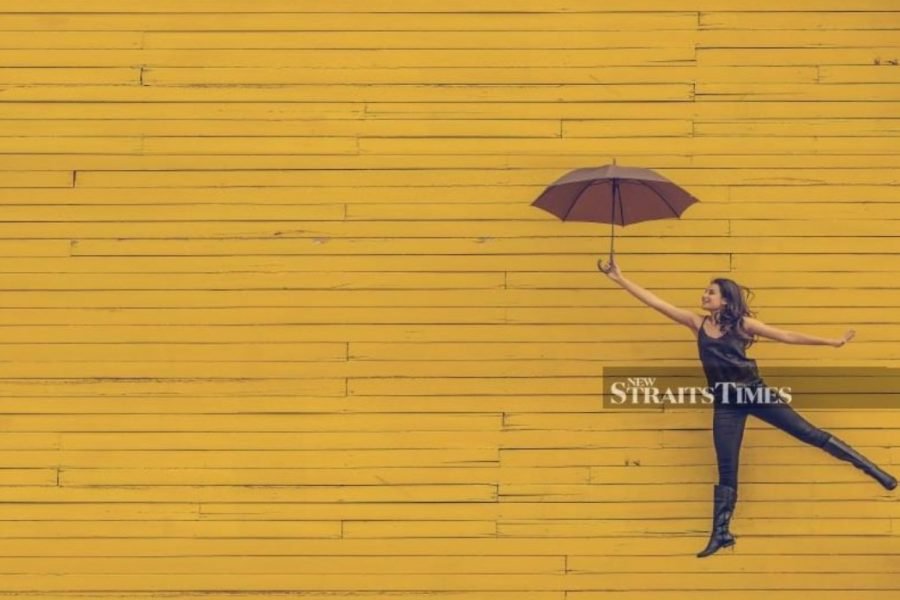 Staying Happy: Could the current health crisis lead to a wellbeing revolution?

How are Malaysians coping during the pandemic? This article by Elena Koshy showcases how... 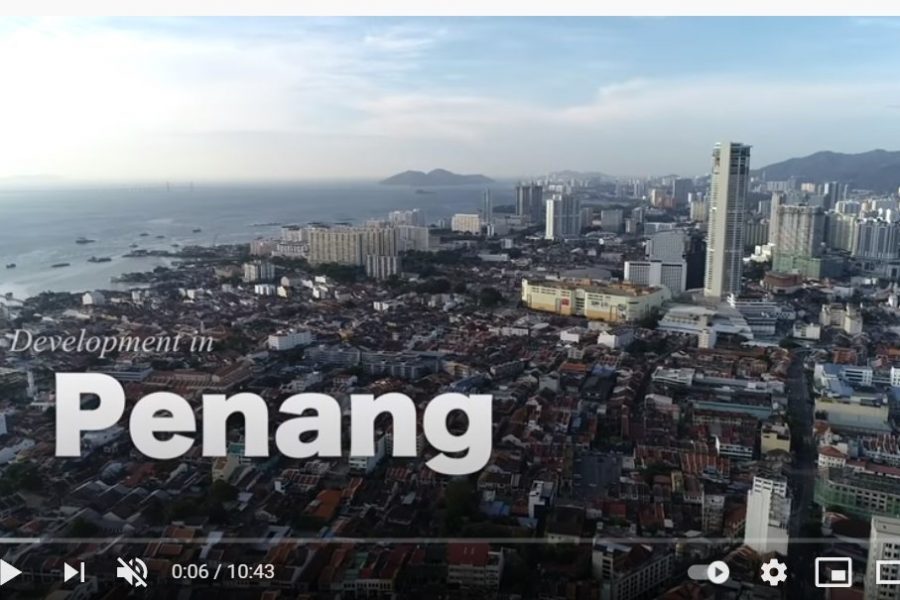 Penang city as seen from the air in January 2020.